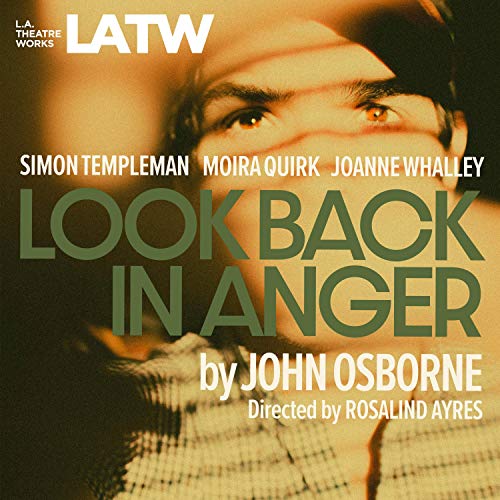 Look Back in Anger

Jimmy Porter barely ekes out a living running a candy stall by day and playing jazz trumpet by night. Although he usually takes his frustrations out on his emotionless wife, Jimmy's scathing tongue and self-loathing seem destined to destroy everything. Set in the UK at the dawn of the '60s social unrest, this savage morality tale spawned the phrase “angry young man".

Original music performed by Elliott Caine on the trumpet.

Includes an interview with Dan Rebellato, author of 1956 and All That: The Making of Modern British Drama.

Recorded in Los Angeles before a live audience at The James Bridges Theater, UCLA, in March of 2012.