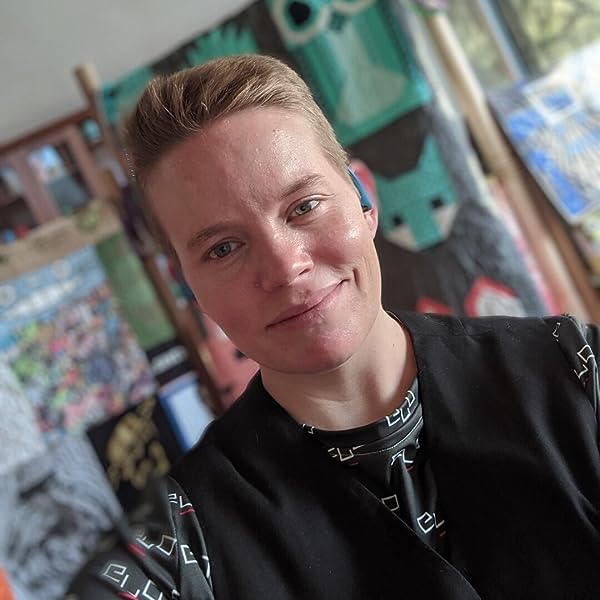 Portrait of the Auteur as Fanboy: The Construction of Authorship in Transmedia Franchises Tapa dura – 1 octubre 2020

Increasingly over the past decade, fan credentials on the part of writers, directors, and producers have come to be seen as a guarantee of quality media making--the "fanboy auteur." Figures like Joss Whedon are both one of "us" and one of "them." This is a strategy of marketing and branding--it is a claim from the auteur himself or industry PR machines that the presence of an auteur who is also a fan means the product is worth consuming. Such claims that fan credentials guarantee quality are often contested, with fans and critics alike rejecting various auteur figures as the true leader of their respective franchises. That split, between assertions of fan and auteur status and acceptance (or not) of that status, is key to unravelling the fan auteur.

In A Portrait of the Auteur as Fanboy: The Construction of Authorship in Transmedia Franchises, authors Anastasia Salter and Mel Stanfill examine this phenomenon through a series of case studies featuring fanboys. The volume discusses both popular fanboys, such as J. J. Abrams, Kevin Smith, and Joss Whedon, as well as fangirls like J. K. Rowling, E L James, and Patty Jenkins, and dissects how the fanboy-fangirl auteur dichotomy is constructed and defended by popular media and fans in online spaces, and how this discourse has played in maintaining the exclusionary status quo of geek culture.

This book is particularly timely given current discourse, including such incidents as the controversy surrounding Joss Whedon's so-called feminism, the publication of Harry Potter and the Cursed Child, and contestation over authorial voices in the DC cinematic universe, as well as broader conversations about toxic masculinity and sexual harassment in Hollywood.

A Portrait of the Auteur as Fanboy is a vital tool for understanding our current fan-centric media landscape. The authors thoroughly explore the emergent authorial archetype of the fanboy auteur, being mindful of the industrial, textual, and cultural conditions that have facilitated its rise to power. Exhaustively researching the ways in which these approachable author figures are imagined and received, the authors are especially attentive to the ways in which gender and race shape the fanboy auteur's ability to claim status and authority. Thisis essential reading for fan scholars and will be highly accessible and productive for those working within film studies, television studies, and industry studies.--Suzanne Scott, author of Fake Geek Girls: Fandom, Gender, and the Convergence Culture Industry

In A Portrait of the Auteur as Fanboy, Salter and Stanfill build on concepts to develop a series of in-depth case studies, exploring some of the leading 'auteurs' in cult cinema and television, representing a range of different models of what authorship looks like in contemporary convergence culture. This important and timely book will be essential reading for people in fandom studies as well as those invested in feminist criticism and contemporary media authorship. The book represents an important intervention into debates about authorship, linking male creators and their fans into larger debates about intersectionality and male privilege, and providing some context for current media discussions of toxic male fandom.--Henry Jenkins, author of Textual Poachers: Television Fans and Participatory Culture

The fan and auteur axes that Salter and Stanfill introduce as a taxonomic strategy will prove a useful tool for understanding and analyzing how elements of the role might be used by a variety of author-figures as legitimating strategies.--Laurel P. Rogers "Transformative Works and Cultures"

Anastasia Salter is associate professor of games and interactive media at University of Central Florida. Salter is author of Jane Jensen: Gabriel Knight, Adventure Games, Hidden Objects and What Is Your Quest? From Adventure Games to Interactive Books and coauthor of Toxic Geek Masculinity in Media: Sexism, Trolling, and Identity Policing and Flash: Building the Interactive Web.

Mel Stanfill is assistant professor with a joint appointment in the programs of texts and technology and games and interactive media at University of Central Florida. Stanfill's work has appeared in New Media and Society, Critical Studies in Media Communication, Cinema Journal, and Exploiting Fandom: How the Media Industry Seeks to Manipulate Fans.

Kristen Longfield
4,0 de 5 estrellas Interesting But Mixed Feelings
Revisado en los Estados Unidos 🇺🇸 el 27 de septiembre de 2021
Compra verificada
I enjoyed this book and its research is very interesting. However, at times it felt it was attacking the auteurs undeservedly (though several were very, very deservedly). It's a very lopsided view from the perspective of the audience. I think it would have benefited from a greater understanding of entertainment PR/marketing
as the idea of a director being an auteur is frequently a marketing construction, largely built behind the scenes for the purpose of raising audience interest.
Leer más
Informar de un abuso
Traducir reseña a Español
Ver todas las reseñas